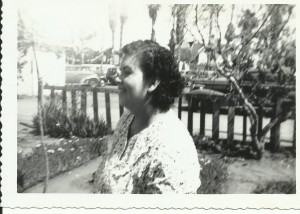 ” ‘Ìswut and the Girl” is my grandmother’s reminiscence story and one of my childhood favorites.  I consider it one of her best gifts to me.  It is often a requested story when I do repeat visits to classrooms.  I don’t say much to introduce the story and I don’t discuss the themes of the story.  It isn’t necessary, the story speaks for itself and teaches the lessons it’s meant to teach.  And, as I always say, each individual takes away the lesson that’s intended for him.

Although the same story unfolds a bit differently with each telling and each audience, ” ‘Ìswut and the Girl” always provokes specific reactions from children. When the boys throw rocks at the girl and her dog, there are looks of concern on the children’s faces.  Then, as ‘Ìswut runs out of the ocean on the girl’s command to scare the boys, the expressions immediately change.  The girls begin to smile and continue to smile until the end of the story. Sometimes it looks as if their faces might hurt from smiling so much!   Some of the boys in the audience, the ones I suspect have had problems with bullies, have satisfied grins on their faces.  The other boys, the ones who have probably been bullies, stare at me with mouths slightly open and eyes as big as saucers.  It never fails, it has been the same for years with young audiences.

And so, my grandmother and ‘Ìswut live on in their story, teaching us what life was like long ago and reminding us of the importance of loyalty and that there are consequences for our actions.